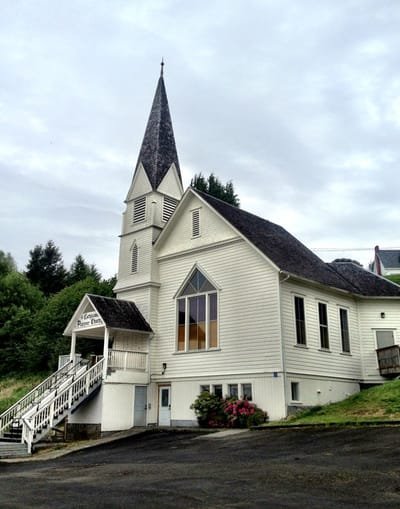 Incorporated February 18, 1907, the Town of Cathlamet is a municipality that is governed by six elected officials, composed of the mayor and five council members. The Town provides a full range of services, including fire protection, emergency medical services, street maintenance, parks and recreation, a public swimming pool and library, as well as general administrative services. The Town also owns and operates the water and wastewater treatment plants and utilities.

Known for being a tourism destination, the Town is comprised of .51 square miles located in rural Wahkiakum County, with an estimated population of 520. Every third Saturday in July, Cathlamet celebrates Bald Eagle Days, an all day event that closed down Main Street for a parade and street fair.

The Town of Cathlamet operates under a strong Mayor form of government with 5 Councilmembers each serving 4-year terms. Positions are staggered so that not all council members come up for election in the same year. The structure of the Mayor-Council Plan of Government is specified by the State of Washington Revised Code of Washington (RCW) Title 35.27 RCW, "Towns".

The Mayor is the Chief Executive Officer of the Town, in charge of carrying out the policies set by the Town Council, and also chairs the council meetings. The Mayor is not a council member, but can vote in some special circumstances. The Town Council is the legislative authority of the Town and has the power to enact laws and policies, consistent with state law, needed or desired to regulate affairs within the jurisdiction of the Town or it's service areas.

The Town of Cathlamet (Kath-LAM-et) perches on a rugged shoreline of the Columbia River in southwest Washington State. Before the Town of Cathlamet came into existence, the area on which it stands was a Native American village occupied by the Wahkiakum tribe. The name "Cathlamet" is said to have come from the local Chinookan language spoken by the tribe that refers to a "rocky stretch of river channel". The Wahkiakum were here when Lewis and Clark passed through on their way to the Pacific Ocean in November 1805 and were here to greet the fur traders who followed. The traders also brought disease into the villages of the Wahkiakum, which decimated much of the tribe by the late 1830’s.

James Birnie, a retired Hudson Bay Company employee, and his wife, Charlotte, brought their ten children to the village of Cathlamet in 1846. It was here that Birnie established a trading post called Birnie's Retreat. Birnie's Retreat soon became a thriving business, trading furs, fish and other foods to the river travelers on their way to Astoria. At the time, there were still between three and four hundred Native Americans still inhabiting the village. Charlotte Birnie was of Native American heritage being half Kootenai and half French Canadian and this heritage contributed to good relations with the local tribe who were responsible for much of what the Birnie's traded. The Birnie's were known for their hospitality and soon others began to settle in Cathlamet.

Rose Birnie, sister of James, arrived in Cathlamet in 1850 to teach her brother's now twelve children and became Wahkiakum County's first schoolteacher. She later married a former Hudson's Bay clerk, George Roberts. Their home, built in 1857, is now known as the Julia Butler Hansen Heritage Center and is the oldest home left in Cathlamet.

The Cathlamet of today retains it's small town character even as it continues to attract new residents from much more metropolitan areas. Cathlamet is the county seat of Wahkiakum County and remains the only incorporated town in the County. The Elochoman Slough Marina is located in Cathlamet and attracts boaters and fishermen year-round. The old waterfront still boasts a busy tugboat operation and other small commercial fishing companies. Main Street houses a historic hotel, restaurants, a grocery store, flower shop, pharmacy, two banks and other small businesses including the local newspaper, the Wahkiakum County Eagle. The historic Pioneer Center has been preserved by the Pioneer Community Association and can be found directly behind the Community Center and Library at the east end of Main Street.